22-year old left back has played in Ghanian Premier League since he was 17, was nominated for 2020 Congolese Footballer of the Year. 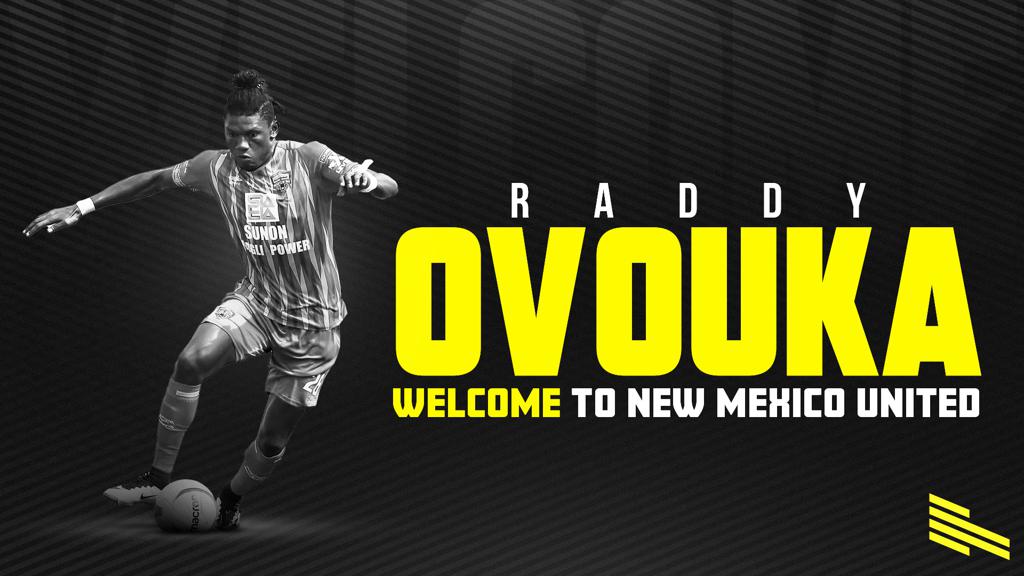 Albuquerque, NM - New Mexico United is thrilled to announce the loan signing of defender Raddy Ovouka from Ghana Premier League club Accra Hearts of Oak. Ovouka will play the 2022 USL Championship Season with New Mexico United, and United will have the option to purchase his contract at the conclusion of 2022. Ovouka made his debut for the Phobians in 2018, and has since been a defensive stalwart at the back end and a force going forward.

“Raddy is a unique talent and has an incredibly high ceiling,” said New Mexico United Head Coach and Technical Director Zach Prince. “He has the ability to be a consistent threat in the attack from wide positions, and also controls individual defensive movements at a very high level. We are thrilled to add Raddy to our group.”

Ovouka has been a key part of The Phobians success in recent years. In the 2020/2021 season, he played in 29 matches, and scored Hearts of Oak’s eighth penalty in the shootout to lift the Ghanaian FA Cup, completing the domestic double on the year. He has also represented the Republic of Congo in international competition four times - twice in World Cup Qualifying, and twice in qualifying matches for the African Cup of Nations - starting three of those matches.

In his young career, Ovouka has played in 60 domestic league matches, starting 47. He has also seen action in the CAF Champions League three times with the Phobians, starting two matches.