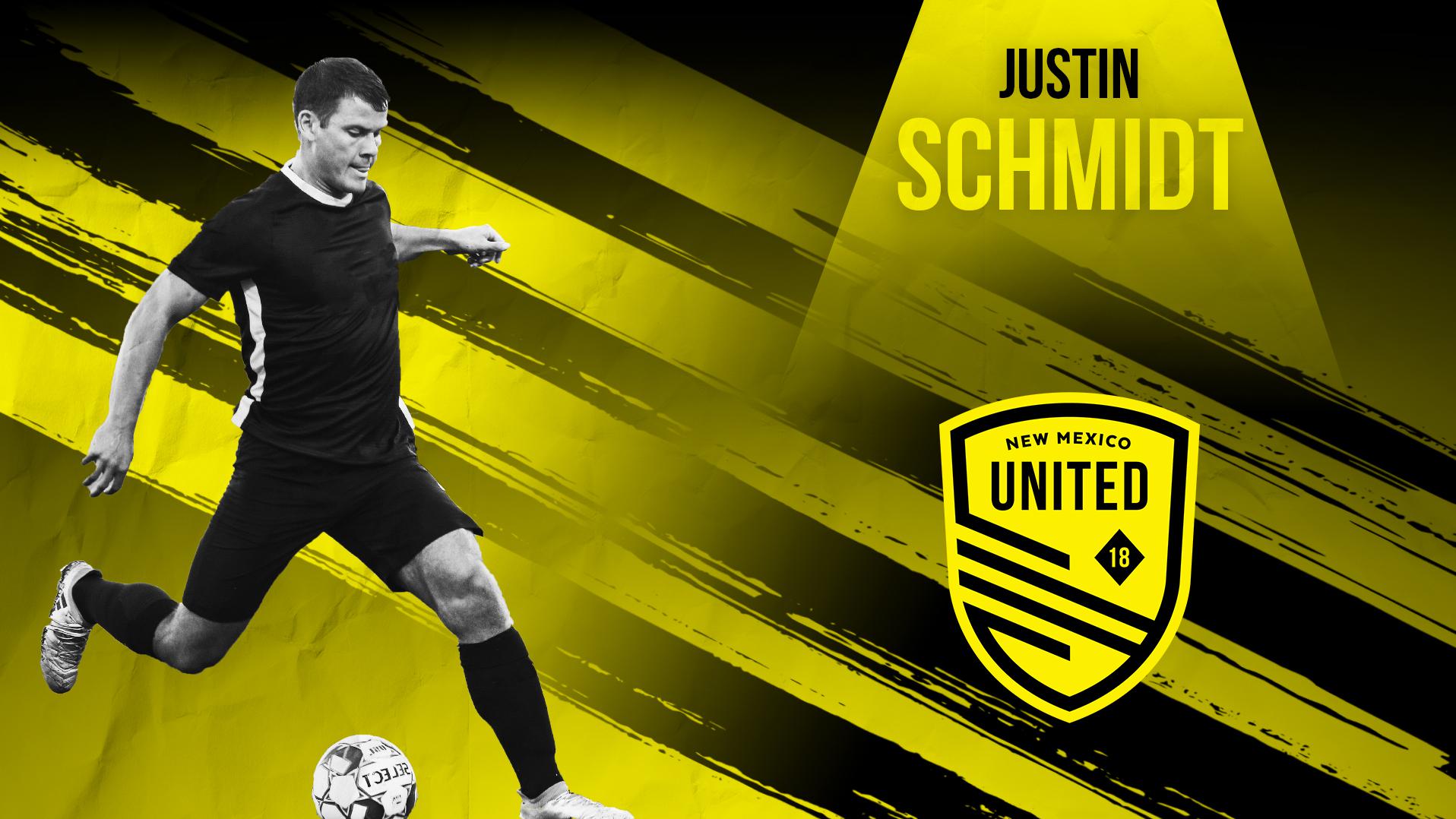 “I couldn't be more excited to sign with New Mexico United. It's the inaugural season, I'm back in my hometown, and I'm once again a part of the community that shaped me into the player I am today,” said Schmidt. “It's a privilege and I'm ready to do everything I can to help carry out the vision that Peter, Troy, and the entire organization have set out.”

“Each of our signings in our inaugural season are special, but it always adds a little something extra when we can bring one of Albuquerque's own back home. I'm incredibly excited to have Justin officially signed with our club,” said Coach Lesesne. “He is a strong, athletic defender with a high level of technical ability and his competitive mentality will be a driving force in establishing our back line in 2019.”

Justin Schmidt, defender, most recently played with with the United Soccer League’s (USL) Sacramento Republic in 2018, ending the season with 21 appearances, 17 starts and 12 team clean sheets. Schmidt was selected by Major League Soccer (MLS) team Real Salt Lake in the second round, 35th overall, in the 2017 MLS SuperDraft. He was later loaned to the Real Monarchs. With Real Salt Lake, in 2017, Schmidt had 9 appearances and 7 starts. Prior to his experience with the MLS, Schmidt played with the Premier Development League’s (PDL) Washington Crossfire from 2014-2015, and played four years with the University of Washington, where he made NSCAA All-Far West Region First Team and First Team All-Pac-12 in his last season.

More information about Justin Schmidt can be found on the New Mexico United Roster page.